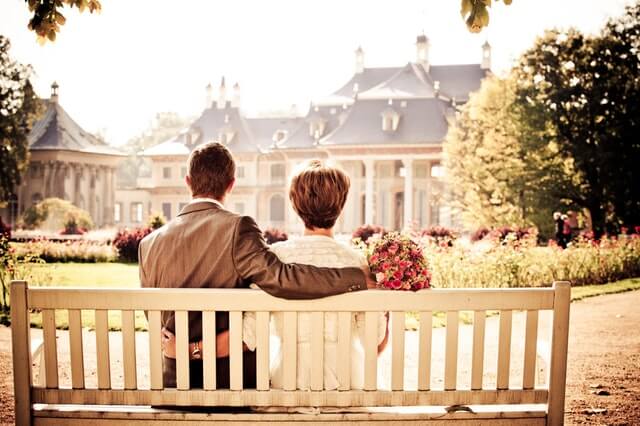 Over the years, many people have asked me how I got involved in cell therapy. The story involves my husband, a lethal dose of radiation, and a parathyroid gland from a calf.

I met my husband, Dr. C. Tom Smith, when he was a professor of nutrition. I was his student. I knew of him by reputation before we got together. He was very well known in the nutrition field, but he had built this reputation over years and years.

A marine during World War II, he got a late start in his medical career—he was in his thirties when he went to medical school during the 1950s. During his time as a student, he became the head resident in a Salvation Army charity clinic, many of which received and used a lot of hand-me-down medical equipment. In those days, we didn’t have OSHA, which might have protected him from his accident.

One day the x-ray machine malfunctioned. Because he was responsible for the equipment, he was called in to take a look at the machine and to try to fix it. While examining the machine, he realized that the problem was merely a light that had gone out on a filter. The machine had been on the entire time he was working on it. Because he was standing directly in front of the machine, he received what was considered a lethal dose of radiation, concentrated mostly in his thyroid area.

After visiting a doctor with the Atomic Commission, he was told to get his affairs in order. With their experience studying the results of the effects of radiation during WWII, his prognosis seemed pretty bleak. So they gave him some palliatives and sent him on his way.

The Effects of a Bad Prognosis

But he didn’t feel like giving up. In medical school, he had taken a course in nutrition, which was a new—one could even say avant garde—field of study. Taught by a protégé of Adele Davis, one of the formative members of the medical community to study nutrition, his memory of the course gave my husband a path forward to recovery. At a time when his colleagues offered no help, he turned to alternative medicine and began taking a more holistic view of health.

His studies led him to survivors of Hiroshima. What he found suggested that nutrition had a critical role to play in helping those who had been exposed to radiation. It turned out that those survivors who had a high intake of kelp in their diets had higher recovery rates than others. So he began increasing the amount of kelp in his diet. As he continued his studies, he treated what he found in a similar manner. If he found a study that promoted Vitamin E, he would take more Vitamin E. In doing so, he outlived his doctors’ expectations.

The successes that he experienced first-hand motivated him to become devoted to alternative medicine. After the crisis of his accident and recovery had passed, he began studying naturopathy, chiropractic, acupuncture, and homeopathy, among other techniques. His devotion to alternative medicine added 50 years to his life.

His Relationship to Cell Therapy

My husband’s study of and love for alternative medicine eventually led him to cell therapy. While working and taking a nutrition course at the University of London in England, he became acquainted with Dr. Peter Steffan, a contemporary of Paul Niehans.

Looking back, it seems his meeting with Dr. Steffan was a serendipitous one.

So, to begin at the beginning, Niehans is considered the father of cell therapy. Building on research that had been done years before, he was the first to apply cell therapy to a patient in a clinical setting.

The story of this first use of cell therapy goes like this. In 1931, there was a woman in the hospital who had undergone a thyroidectomy that had been botched. During the procedure, the doctors inadvertently damaged this woman’s parathyroid—which is responsible for muscle control—and she wasn’t expected to live. Because of the research he had done on animals and cell therapy, Niehans was called in to try to treat the patient.

What ended up happening is this: Niehans went to a slaughterhouse, got a calf’s parathyroid gland, macerated it, and injected the cells into the woman. It was a risky procedure, but because the woman’s outlook wasn’t good and there was no medical malpractice back then, it was considered her only option.

The results were astounding. Her parathyroid regenerated, and she actually outlived Niehans.

The success of this procedure really put cell therapy on the map. While already a renowned doctor, Niehans went on to treat many Hollywood stars of the era, and he even treated Pope Pius XII.

For obvious reasons, my husband was interested in the effectiveness of this therapy. And as they say, the rest is history.