ABOUT THE FOUNDER OF THE INTERNATIONAL CLINIC OF BIOLOGICAL REGENERATION

Before is passing in 2008, Dr. Smith had been Medical Director of the International Clinic of Biological Regeneration since 1981. He was devoted to the goals of reversing or stabilizing the biological age and meaningful life extension. A near fatal radiation accident as a medical student put him on a lifelong path of study in the field ofalternative medicine. When it became apparent the orthodox approach was inadequate for his own health problems, he began to explore biochemical aspects of nutrition and, eventually, the study ofhomoeopathic medicine.

He, additionally, received post-graduate training in other specialties in Austria, Great Britain and Mexico. He received post-graduate training in regenerative cellular therapy at the University of Vienna Post Graduate School of Medicine and the Institute of Immunology in Vienna, Austria, special post graduate studies in Nutritional Sciences at Queen Elizabeth College, University of London and served as U.S. Director of Clinical Studies with the Universidad Mexico Americana Del Norte, Reynosa, Tam., Mexico.

Dr. Smith was a Life Member of the American Medical Society of Vienna which is the European extension of the AMA, the International Society for the Application of Organfiltrate, Cellular Therapy and Onco-Biotherapy, International Headquarters in Waldorf, Germany, The British Institute of Homoeopathic Medical Society, Fellow of the American Council of Applied Clinical Nutrition, The New York Academy of Sciences and MENSA.

He developed and held patents, both foreign and domestic, in enzyme stabilization processes, with licenses granted to various manufacturers. He was widely known for his unique vitamin/mineral and other formulations which are marketed through several manufacturers. Dr. Smith held a Homoeopathic Pharmacy license in the United Kingdom.

Dr. Smith’s vision is the guiding force at ICBR. He is sorely missed, but his influence lives on. His vast knowledge and empathy for all who sought his advice is our inspiration. 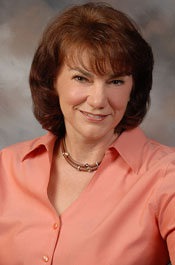 Judith A. Smith is the co-founder and Director of the International Clinic of Biological Regeneration (ICBR). Her educational degrees, at the University of Missouri and graduate studies at Clayton University, were in the field of clinical nutrition. She is also a Fellow of the American Council of Applied Clinical Nutrition (FACACN) and served as educational coordinator for the ACACN from 1979 until 2007 when administration of the program was transferred to The British Institute of Homoeopathy.

After several years of travel and study in London and Vienna, she and her husband, the late Dr. C.T. Smith, opened the first ICBR clinic in Nuevo Laredo, Mexico in 1981 to bring the specialty ofCell Therapy, to North America. Since that time, ICBR has expanded to three clinic locations, Nassau, Bahamas, Matamoros, Mexico and, most recently,Tijuana, Mexico. 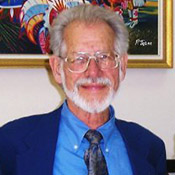 We at ICBR have been honored to have Dr. William Johnson serve as our director of medical services since the passing of Dr. Smith. The following is a brief synopsis of this life and experience.

Reflections of “Doc” Johnson
When I reflect over the past 61 years of my professional career, there is so much to ponder. The most important issues are those people who shaped my career by altering my perspective on life and vital health. Dr. Tom Smith is at the top of that list of many outstanding teachers. He was the most learned and colorful of all my mentors. When I attended a lecture by Dr. Smith in the early 70’s, I was amazed at the vastness of his knowledge that contributes to my highway to health and to the vital health of many of my patients.

I learned later that Dr. Smith had good robust health until he was exposed to a lethal dose of ionizing radiation that the Atomic Energy Commission said would kill him. That was when he became interested in nutrition and saved his life by consuming many antioxidants.

I had been on a similar path since nine years old when I rejected fragile health and began to read Bernard McFadden’s books on health. By the time I was in high school I had increased my level of vital health through nutrition, sleeping in the fresh mountain air and water from mountain springs so that I was able to play varsity football and run marathon races in a short time.

I commenced my formal education in the natural healing profession in 1949 at Western States College of Naturopathy and Chiropractic. The direction of my career was then interrupted by the war in Korea and I enlisted in the U.S. Navy on Jan. 3, 1951. At the end of the summer, I became a corpsman and served the remainder of four years and was called “Doc” by my Navy patients until 1955. Shortly thereafter, I continued my formal studies at the National College of Chiropractic in Chicago. I graduated from there in 1959, ten years after I started my career and had a great deal of varied experience, I had the privilege of assisting the birth of 300 babies at the dependent’s hospital at Great Lakes Training Center. I served on two experimental ships in the Atlantic fleet for two and one half years. There I attended to the needs of thousands of Navy personnel.

In 1960, I commenced my professional practice as a physician with another mentor and good friend, Dr. Donald McCarthy in Berwyn, IL. He taught me a good deal about nutrition and helped me with my migraine headaches and allergies. In the nine years I worked with him, I got twenty years of experience. He always gave me the difficult cases to attend and solve their physical problems. While working with Dr. McCarthy, I heard about Dr. Clarence Gonstead . In 1964, Dr. McCarthy and I attended his educational seminars in Mt. Horeb, WI. I continued my studies with Dr. Gonstead for 13 years until he died. Dr. Gonstead taught me to be a very good bone setter. When I was in an auto accident in 1971, I knew what it was like to have a very skilled chiropractor like Dr. Gonstead to attend to my injuries. I had to stop practicing for 6 months due to the injury.

I continued my studies with Dr. Smith in nutrition and in 1977, after one year of study with him, I received my certification in Applied Clinical Nutrition. I was then honored as “Fellow” in the American Council of Applied Clinical Nutrition by Dr. Smith. I knew then that I was only at the beginning of a new direction for my professional practice. The following year I completed a one year course in acupuncture and was one of the early physicians to be certified in this field of therapy.

In the early spring of 1981, I received a phone call from Dr. Smith. He asked me what I knew aboutbiological cellular regeneration. I said I didn’t know anything about it. He told me if I got a 25 people together for a class he would come from St. Louis to the Chicago suburbs and give a lecture about it. I called 100 people and twenty five showed up for his lecture. I was sold on the concept of regeneration and met him and Judi in Nuevo Laredo, Mexico. On May 10, 1081, I received my first injection for cellular regeneration. My results were so outstanding that I told many people about the therapy and had many friends, relatives and patients start going to the ICBR clinics in Mexico and the Bahamas. I had severe hypoglycemia and allergies before cell therapy which had disrupted my life. After cell therapy, it cleared completely within a short while. I was fifty one at the time. I became a member of the staff of the International Clinic. I have had hundreds of my patients benefit from cellular regeneration and have repeated the program many times. They have watched their friends and relatives age faster than they have as the years go by.

I am now eighty years of age. I have had many things happen to me that would have taken a less prepared person down.. My outlook on life is to be like the Boy Scout motto “Be Prepared.“ You never know what disease or event will test you. I am a good example of survival under trying conditions. I won’t elaborate on those many happenings over the past three decades. However, if it had not been for cell therapy over the past twenty nine years and had not practiced good health habits, I would not be here.

I have many patients that are still alive because they made it their priority to improve their health through cellular regeneration. There are some outstanding cases that would tell you this is true for them. What the stem cell researchers are saying can happen in the future, we at the International Clinic have been witnessing for the past twenty nine years.

Now it is my honor to serve you at the International Clinic of Biological Regeneration for the next many years with all the experience I have had over the past sixty years and the excellent teaching that I received from Dr. Clarence Tompkins Smith.